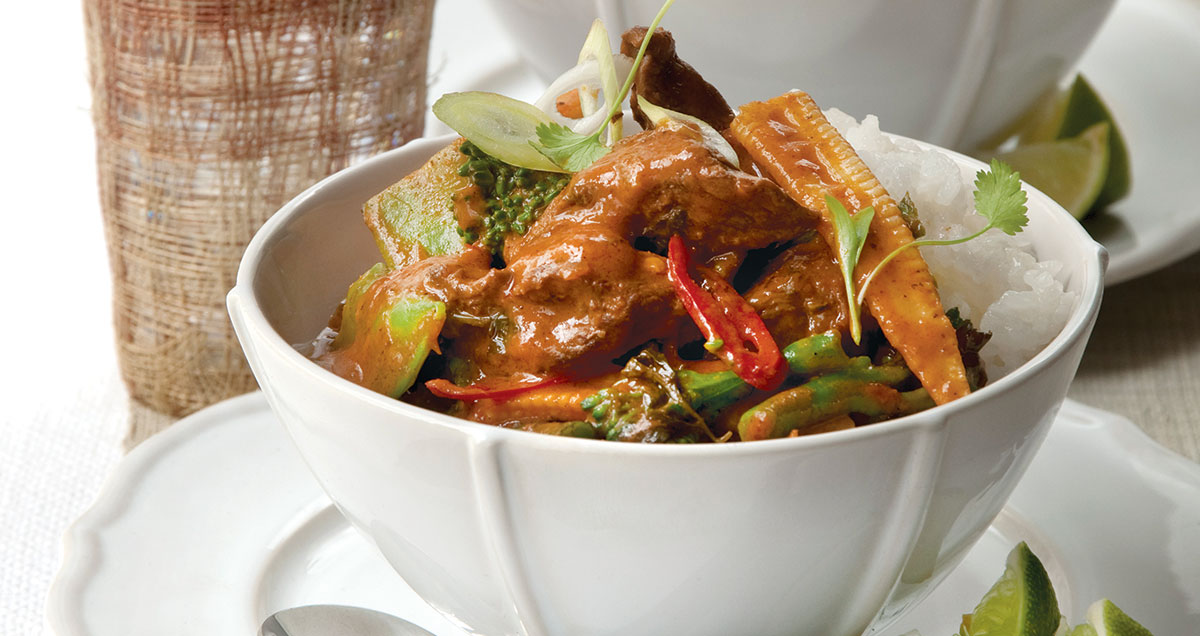 Nothing can beat making your own curry paste from scratch, with all those lovely aromas.

Coriander and Thai basil for garnish

END_OF_DOCUMENT_TOKEN_TO_BE_REPLACED

First, make the paste for the curry by placing the onions, ginger, chillies, garlic, paprika and cumin into a food processor and puréeing the mixture. Reserve this for later.

Heat a medium size pan on the stove over medium heat. Add a little rapeseed oil and sear the steak to add some colour and seal in all the juices.

Add the curry paste, coconut milk, soy sauce, fish sauce, beef stock and tomatoes to the pan. Bring to a simmer and then add the kaffir lime leaves. Cook for 1 hour on a low heat with a lid on or until the steak is tender.

When cooked, check the seasoning and serve with jasmine rice, garnished with chopped coriander and Thai basil on top.

Ginger is the root or rhizome of an herbaceous flowering plant that grows in the Caribbean, Africa, India, China and Australia. India and China produce around 50% of the world’s crop.

Ginger appears to have originated in China and spread around the world via the spice route, arriving in Europe as early as the first century AD.

Today, ginger in different forms is used in many different cuisines throughout the world. The root features in all sorts of Asian and Caribbean foods and drinks. For example, young pickled ginger—gari—is used in Japanese cuisine as an accompaniment to sushi. In the West, we tend to use much more powdered root ginger in sweet dishes such as cakes and biscuits, and in the UK we have traditionally used it to make beer and wine.

Ginger has a long and varied history as a folk medicine in different cultures, frequently used as a traditional treatment for stomach ailments, including nausea. However, the nutritional value of ginger is minimal as it is used in relatively small quantities in most dishes. 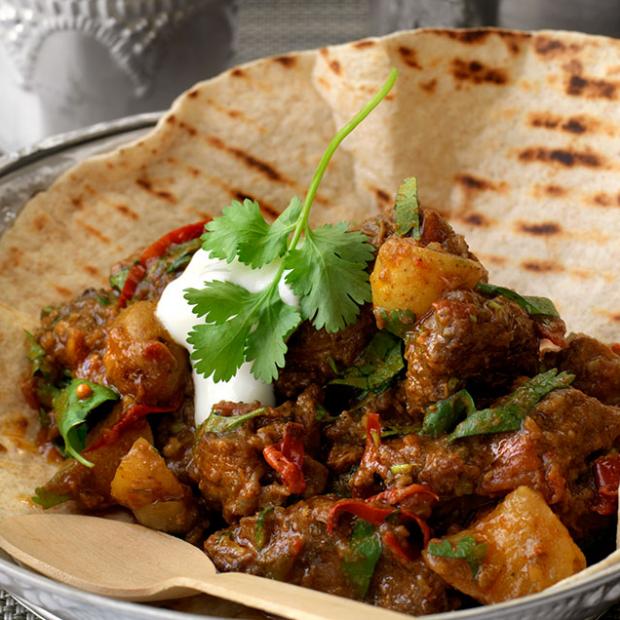 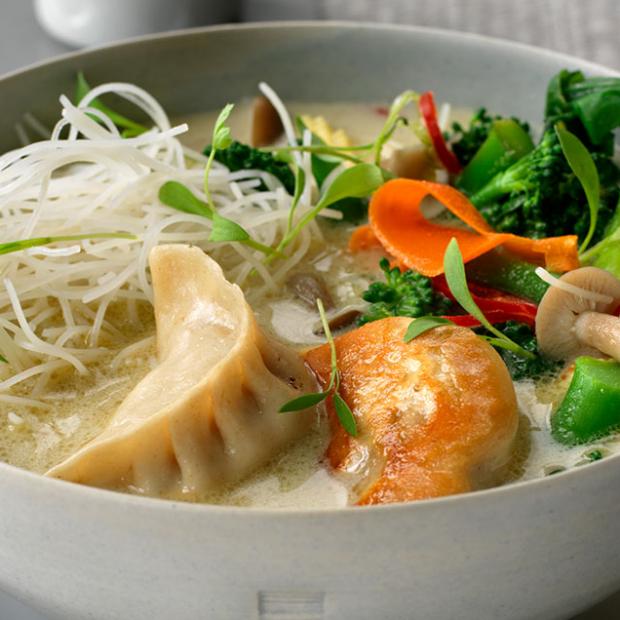 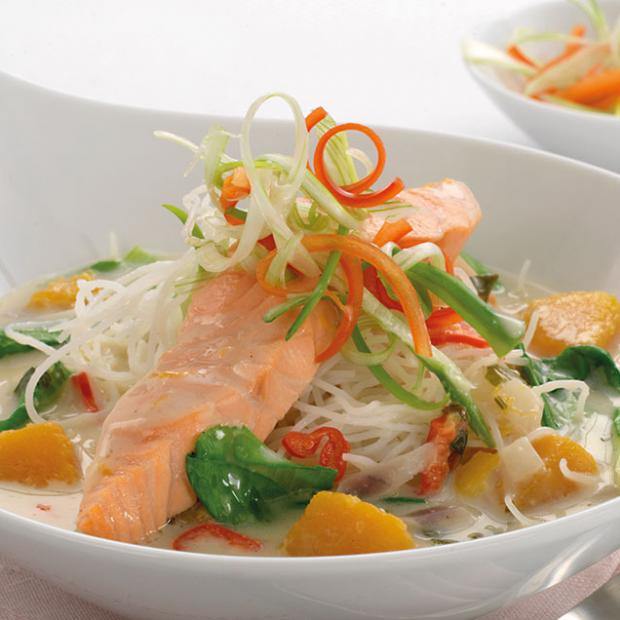