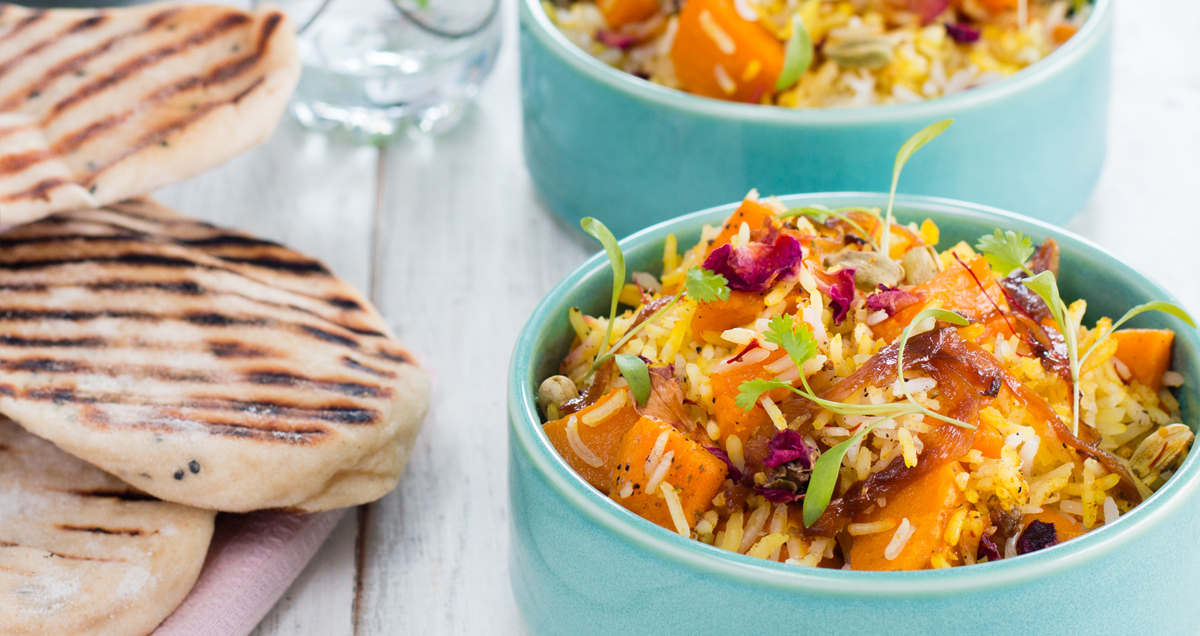 END_OF_DOCUMENT_TOKEN_TO_BE_REPLACED

Prepare the rice – rinse the basmati rice a couple of times to wash out the starch. Place the rice in a saucepan and pour over enough cold water so that it covers the rice by 2cm. Bring to the boil and boil for 8 minutes until it’s just cooked but still has a bite. Drain.

Place the diced sweet potato evenly onto a baking sheet, drizzle with olive oil coating the potatoes, season and place in a pre-heated oven at 180°, gas mark 4 for approx. 20-25 minutes, until lightly roasted and softened.

Meanwhile, heat the remaining olive oil in a large pan and fry the onions over a medium heat, until golden brown.

Add the garlic, madras curry powder, turmeric, coriander, garam masala, season and mix well until the onions are evenly coated with the spices.

Evenly place a layer of half the cooked rice over the onions, followed by the roasted sweet potato, tenderstem broccoli and green peppers. Finish with an additional layer of the remaining rice.

Pour the hot vegetable stock into the pan and sprinkle over the rose petals.

Using a teaspoon, dot drops of the saffron water across the top layer of rice. As it its cooks, some rice will be white and some yellow.

Bring the ingredients to the boil, place a tight-fitting lid on the pan and allow all to simmer for approx. 10 minutes or until the rice is tender.

Garnish with coriander and spoon into bowls to serve.

Despite their name, sweet potatoes belong to the Convolvulus family of plants and are only very distantly related to ordinary potatoes.

These starchy tubers, which grow on low vines, are thought to have originated in South and Central America and later taken to the Pacific islands to become an important part of food culture in countries including Japan and the Philippines, and of the Maoris in New Zealand.

Most sweet potatoes sold in the UK are the varieties with orange flesh, often imported from the US, Egypt and elsewhere, but there are many other varieties, including the purple, less sweet, Kumara sweet potato with creamier coloured flesh, imported from New Zealand.

The carbohydrate in sweet potatoes is structurally different to that in potatoes and the body absorbs this more slowly with a more gradual rise in blood sugar. Sweet potatoes are also particularly rich in carotenes, including beta carotene, which our bodies convert into vitamin A, which is important for normal vision and immune system function.

Unlike the potato, which is classified in nutritional terms as a starchy carbohydrate, sweet potatoes are classified as vegetables and Mark’s recipe is another great example of a nutritious, plant-based meal which would provide about two of your 5 A Day. 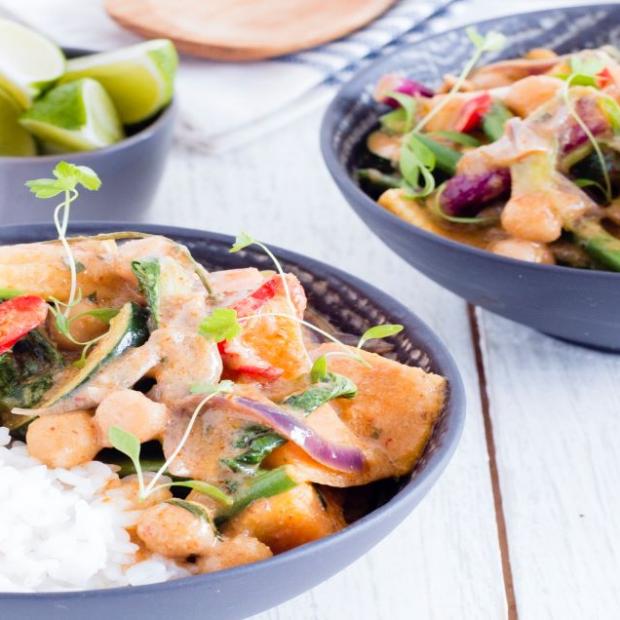 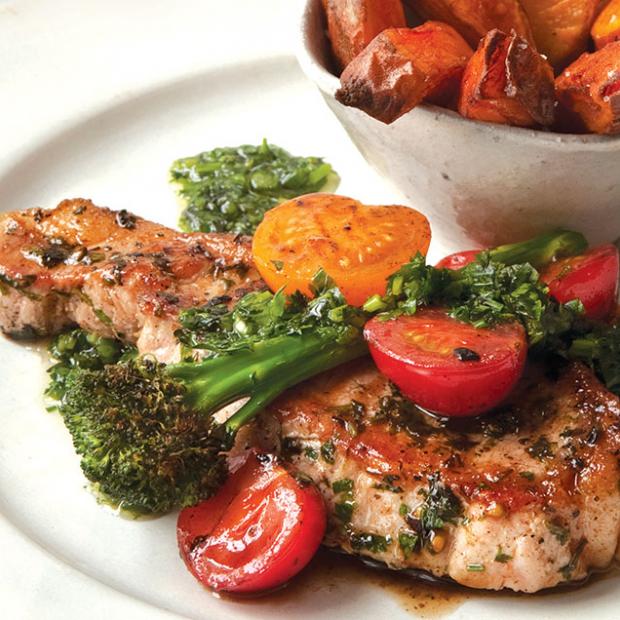