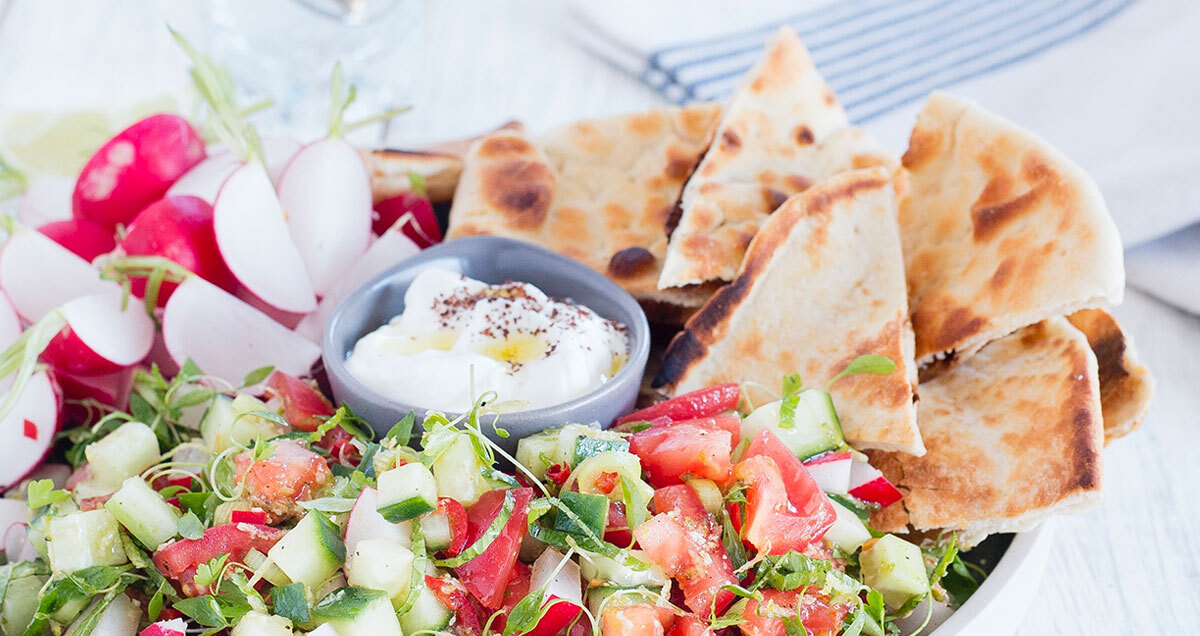 A simple to prepare, tasty, fresh and zingy salsa – enjoy with flatbread or as an accompaniment to grilled fish or meat.

END_OF_DOCUMENT_TOKEN_TO_BE_REPLACED

Cut the cucumber lengthways into quarters, remove the seeds and chop into small chunks. Place into a large bowl.

Cut the radishes in half then place the flat side down onto the chopping board for stability, and finely chop. Add to the bowl.

Serve with the flatbread and natural yoghurt as a dip.

There are many varieties of radish eaten throughout the world today, but it is believed that they may have first been used as food in South East Asia as this is the only known location for wild forms of the plant.  However, by the first century AD there are accounts from both Rome and Greece on growing different types of radish.

Radishes belong to the same family as cabbages and mustard – the brassicas. Like these other vegetables, radishes contain various sulphur-containing compounds which are responsible for their pungent flavour and some of these also have positive health benefits.

Although we usually eat the UK-grown red and pink varieties in salads, the bigger long white oriental varieties - mooli and daikon – can also be bought here and used in Asian style dishes.

Like many salad vegetables radish consist of around 95% water. The main nutrient they contribute is vitamin C.

We have put together a great Mediterranean style recipe this month.  This style of eating, in which vegetables, fruit and olive oil predominate alongside some dairy such as the yoghurt here, is a generally healthy pattern of eating to follow. It’s been shown to be associated with lower risks of chronic disease, such as heart disease and cancer, and to positively benefit health. 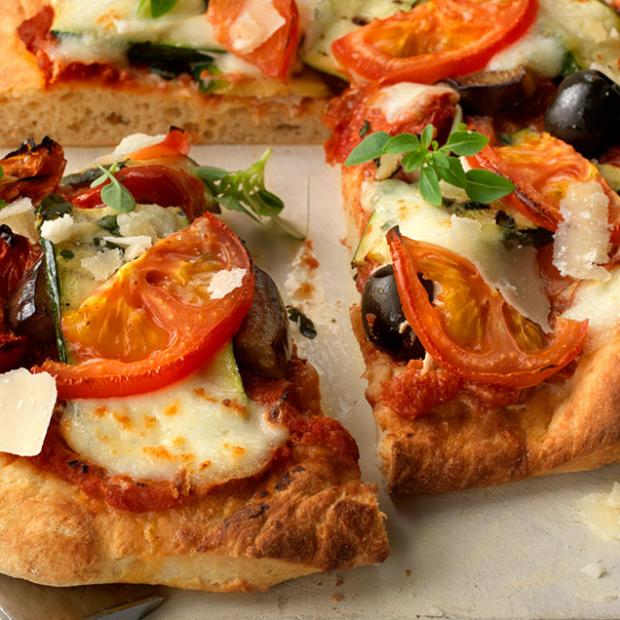 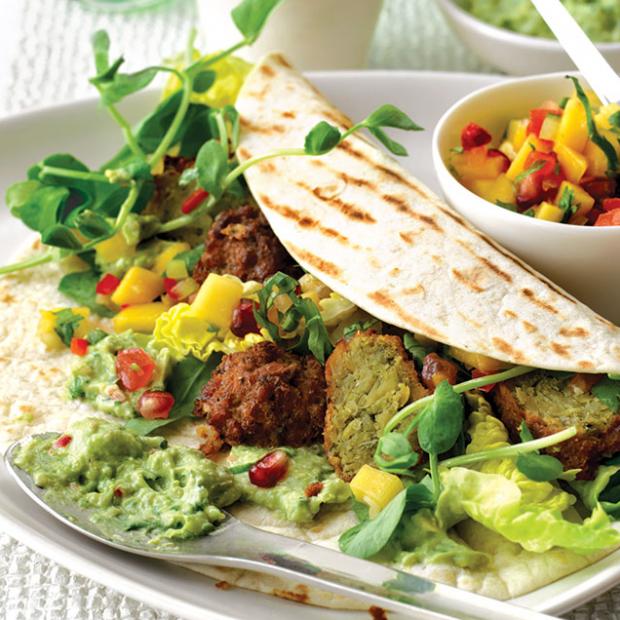 Falafel Burrito with Salsa and Guacamole 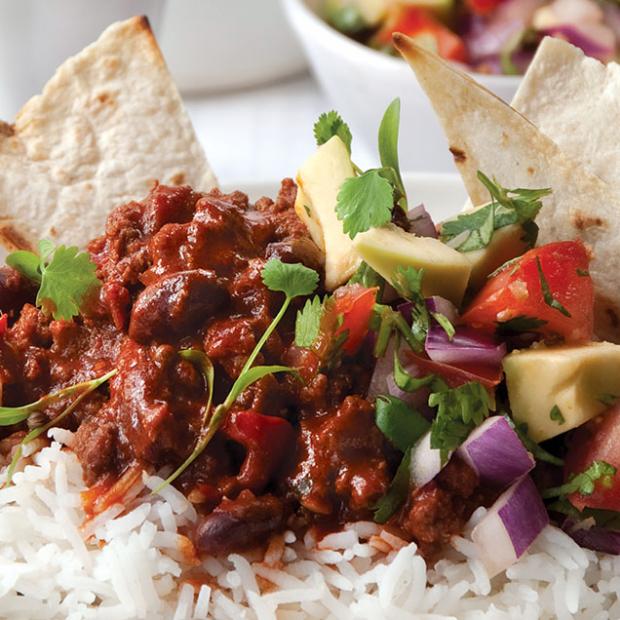