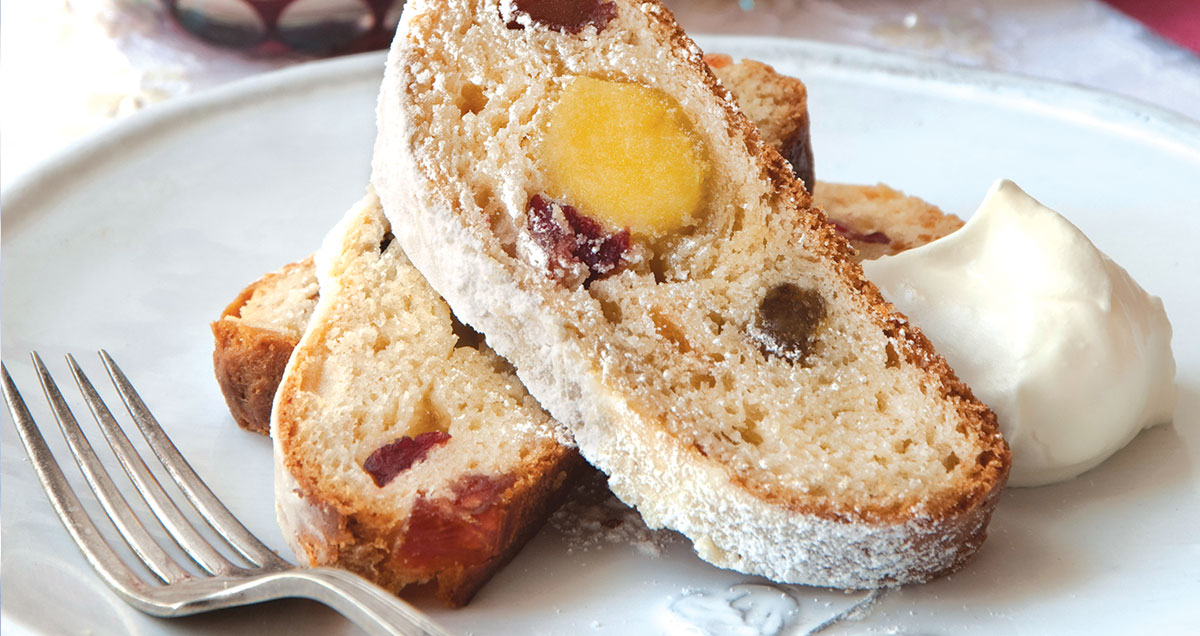 Try your hand at making this traditional holiday fruit bread that is sure to impress your family and friends.

200g strong flour (for the ferment)

END_OF_DOCUMENT_TOKEN_TO_BE_REPLACED

To make the ferment, blend the yeast, sugar, milk and flour and leave for 20 minutes to rise.

To make the dough, in a separate bowl, rub the butter and salt into the flour.

Add the eggs, sultanas, cherries, lemon zest, almonds, mixed peel and mixed spice to the flour mix, then add the ferment. Mix until a dough is formed. Cover and keep warm to prove.

After approximately 30 minutes, knock back the dough and then prove for a further 20 minutes.

After proving, cut the dough in half and rest for 5 minutes.

Using a rolling pin, lightly flatten the pieces and roll out to oblongs 1.5 centimetres thick.

Cut the marzipan into 2 pieces and shape each into long, finger size sausages. Place one on each piece of dough, slightly off centre.

Using water, moisten the dough edges and fold it over the marzipan to seal. Then continue to roll over until the seal is at the bottom. Place this onto a greased tray and prove for 30 minutes in humid conditions.

Remove from the oven and brush with the melted butter and then cover with plenty of icing sugar.

Stöllen is a delicious Christmas fruit bread that originated in Dresden, Germany in the mid-1400s. It is spicy and rich in dried fruit and almonds and, unusually, often has a filling of marzipan.

Early stöllens were much drier and less sweet, made with flour, oats and water, but over time the richer fruit-filled version developed. Like all enriched yeast breads, much of the sweetness comes from dried fruit rather than from large amounts of sugar, although in the traditional stöllen, the marzipan and icing sugar coating make it taste much sweeter.

Dresden has a Stöllenfest every year—a tradition dating back to Augustus II the Strong, the King of Poland, who in 1730 commissioned a giant stöllen in order to impress his people. It was reputedly enough for 24,000 guests. The annual festival stopped after the collapse of the German monarchy in 1918, but was re-established in 1994 and now takes place on the Saturday before the second Sunday in Advent when small pieces of an enormous three to four tonne stöllen are sold for charity.

The largest stöllen, certified by the Guinness Book of Records, was apparently baked in 2010 by Lidl in the Netherlands—it was 72.1 metres in length. 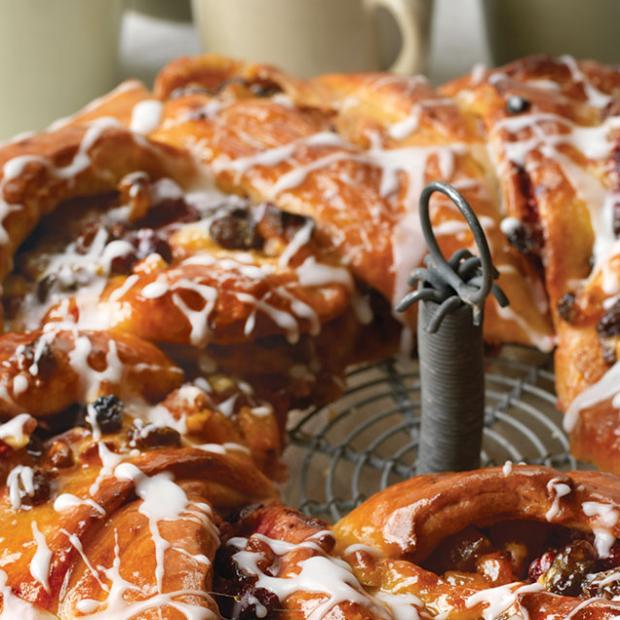 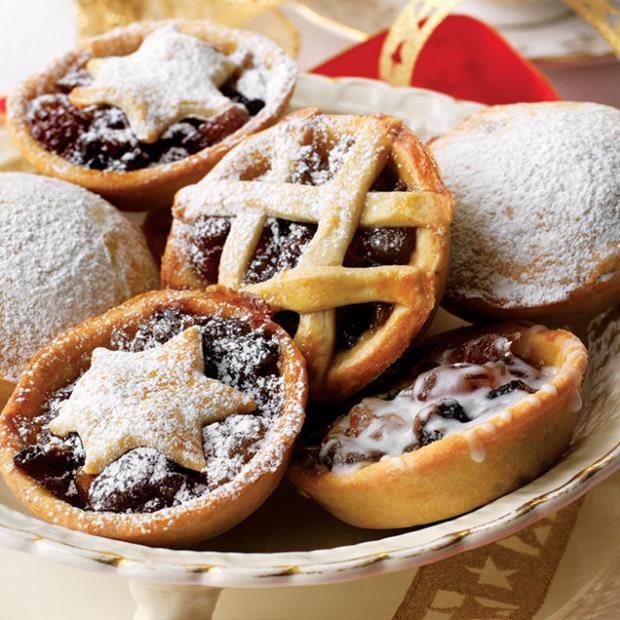