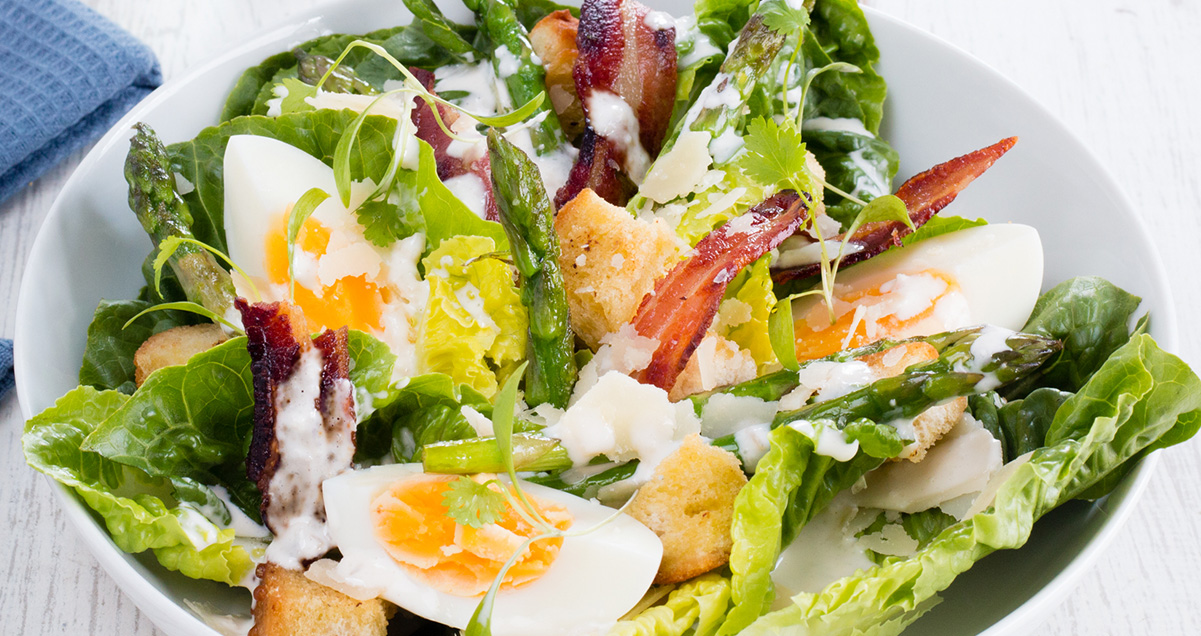 A classic salad with a great twist, easily doubled to feed a crowd

Fresh herbs of your choice

END_OF_DOCUMENT_TOKEN_TO_BE_REPLACED

Prepare the dressing – in a bowl, add the mayonnaise, garlic puree, grated parmesan and 50ml of tepid water, now whisk to thoroughly combine. Season, then set aside.

Cook the eggs – gently place the room temperature eggs into a saucepan of boiling water, cook for 6-7 mins for soft set yolk. Remove eggs from the saucepan, place into a bowl of cold water, when cool, peel the shells, cut into quarters and set aside.

Cook the bacon – preheat the oven to 200°c or gas mark 6. Lay the slices of bacon onto a baking sheet, leaving space between them. Bake in the oven until crispy. Set aside

Prepare the croutons – using the same baking tray the bacon was cooked on, toss the croutons through the residual bacon fat and olive oil. Bake in oven until a light golden colour. Set aside

Cook the asparagus – bring a saucepan of water to the boil, add the asparagus, cook for 2 minutes, plunge into cold water, to cool quickly. Set aside

To assemble the salad, divide all ingredients between 4 bowls. Begin by arranging the lettuce leaves in a layer, followed by the asparagus, croutons, bacon pieces. Spoon over the dressing, add the egg quarters and sprinkle over the parmesan shavings.

The origins of the Caesar Salad are uncertain, with stories abounding on the internet and even a whole book written about its history! It is likely that it was invented in the 1920s in Tijuana Mexico by an Italian chef called Caesar Cardini, or possibly by his brother Alex, allegedly when they ran out of other ingredients. It certainly has nothing to do with Julius Caesar!

In 1956 in Paris, the master chefs of the ‘International Society of Epicures’ declared that Caesar Salad was ‘the greatest recipe to originate from the Americas in 50 years’.

Mark’s twists make this version of the salad more nutritious, with hardboiled eggs rather than egg yolk in the traditional dressing, and the additional asparagus.

Asparagus, commonly known as ‘sparrow grass’, has a short late Spring season in the UK, although it’s now available all year round from other countries.  It was used as a medicine and vegetable in Ancient Egyptian and Roman times, arriving in England in the 1500s.

Asparagus contains quite a few different vitamins and minerals, but is especially rich in vitamin K, which contributes to bone health, and it is also a good source of fibre.

One portion of this delicious salad provides 1-2 portions of your 5 A Day. 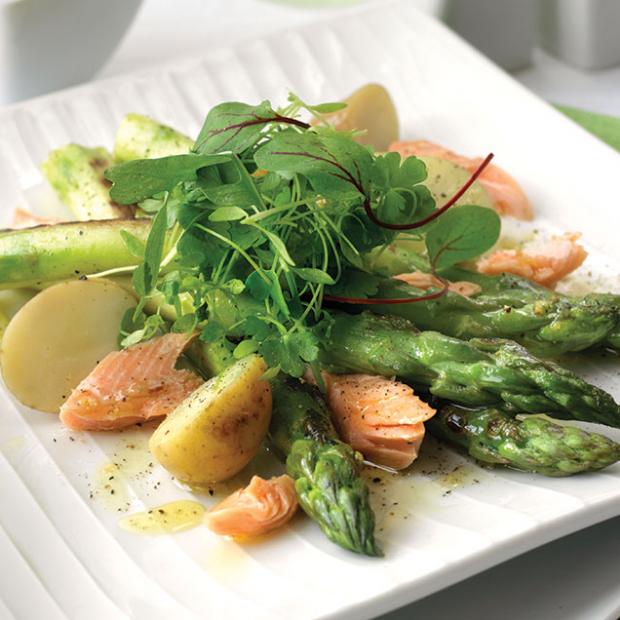 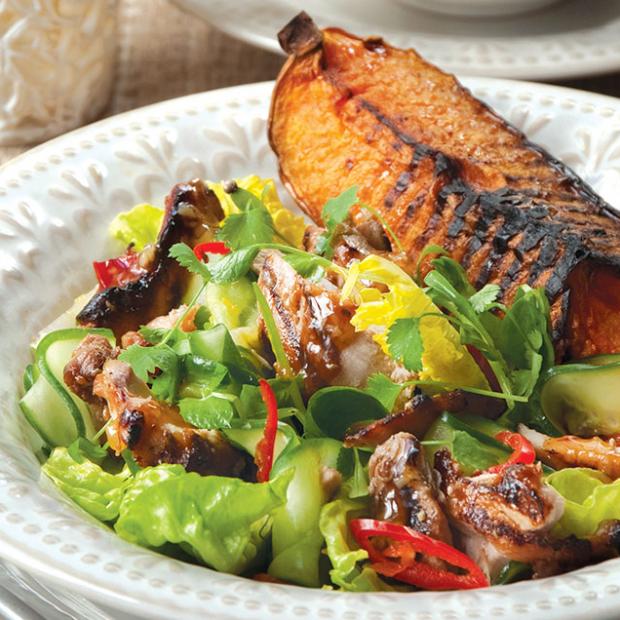