BBQ Chicken and Corn on the Cob 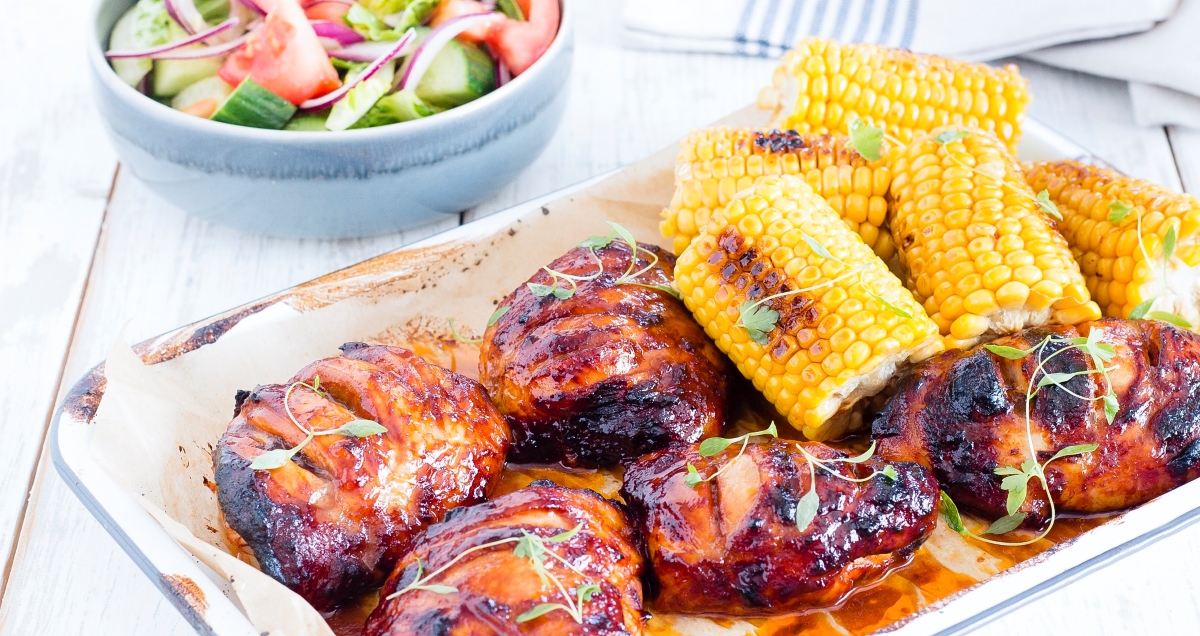 THIS DELICIOUSLY MOREISH, SUMMER DINING CHICKEN DISH IS A GREAT FAMILY FAVOURITE. SERVE WITH A SIMPLE SIDE SALAD

4 corn on the cobs

END_OF_DOCUMENT_TOKEN_TO_BE_REPLACED

Take the chicken thighs and make three incisions into each. This will allow the marinade to really flavour the meat.

Pour 2/3 of the marinade over the chicken and cover. Place into the fridge to marinate overnight.

Take the chicken out of the fridge and place onto a baking tray with a wire rack. Cook in a preheated oven at 180˚C for approximately 30 minutes or until cooked.

While the chicken is cooking, cut each sweetcorn cob in half and boil for approximately 10 minutes, then drain. Brush each cob with the remaining marinade. Keep to one side.

Add the cobs to the baking tray with the chicken and put back in the oven for 5 minutes.

The BBQ chicken and sweetcorn in Mark’s recipe this month combine to give a perfect mix of flavours. Although we eat sweetcorn as a vegetable, it is really a starchy carbohydrate - a form of maize - and a staple used for centuries by some populations, such as in Central and South America, and also used as animal feed.

Maize is believed to have been domesticated in Mexico about 10,000 years ago.

The sweetcorn that we eat on the cob, or which is frozen or canned, has been bred to be more tender and sweeter than traditional maize.

The cobs are the young ears of the plant and the corn kernels - the individual grains - are characteristically sweet because they are higher in sugars than the mature plant. Once the cobs are harvested, the sugars are converted to starch and older, less fresh, cobs will have tougher starchy kernels and will require longer cooking times.

Sweet corn is a good source of nutrition – providing a range of B vitamins, essential minerals including magnesium, and some dietary fibre.

This recipe would provide about 1 portions of your 5-a-day so, as Mark suggests, add a bowl of salad to increase that! 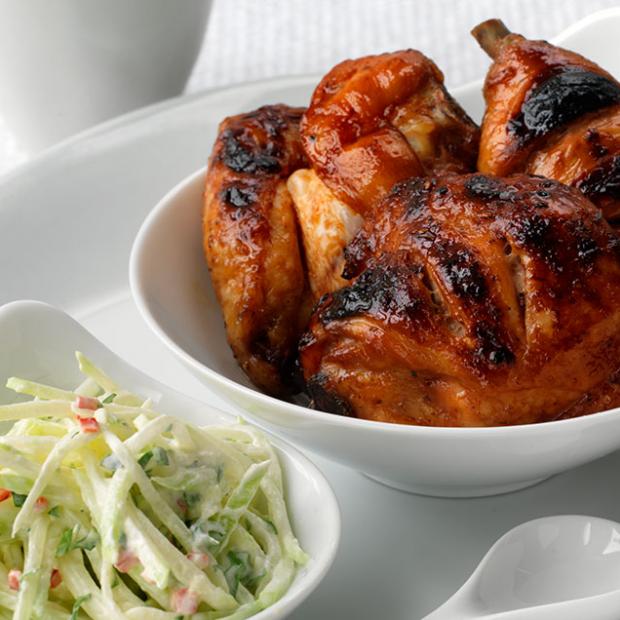 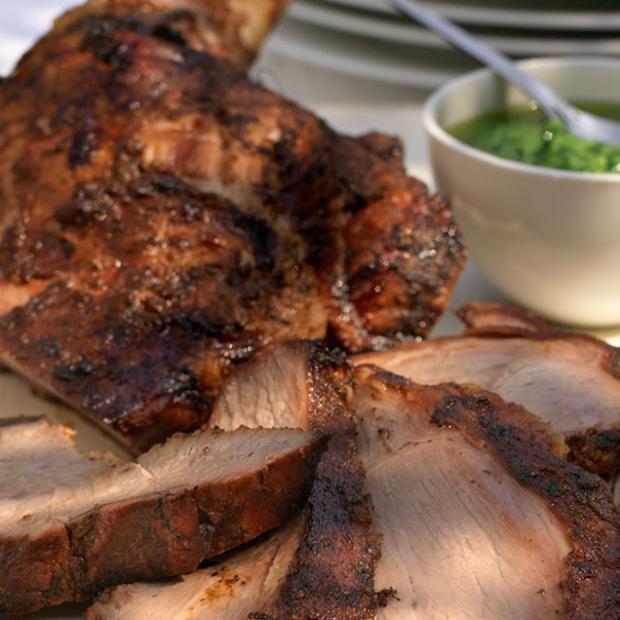 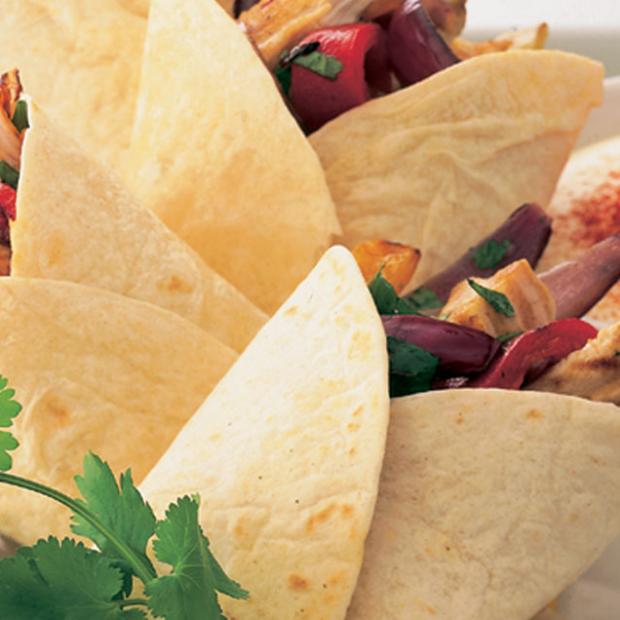